Lucy's toys have been escaping from her toy box! Every morning she had to add all of the toys altogether to make sure that they are all back and safe. Today we have been helping Lucy to learn new and fast ways to add her toys together. We have used tens frames to help us bridge through ten.

Year 5 have had the best day, finding out all about the Anicent Greeks, with a hands-on workshop led by Penelope and Andros. Penelope was trying to convince us that the city-state of Athens is the best place to live in the Ancient Greek world, whereas Andros was adament that Sparta is far better!

We've found out that while there were similarities between the city-states, they're actually very diffierent. Sparta was famous for its soldiers, whilst Athens led the way in developing democracy and studying.

Have a look at our photos to see the fabulous day we have had, role-playing and exploring what life was like in Ancient Greece.

Roman numerals can be tricky! Miss Coulson's BIG MATHS group came up with a good way of remembering them today.

Here is a maths game to help you practise if you are feeling a little bit rusty too! 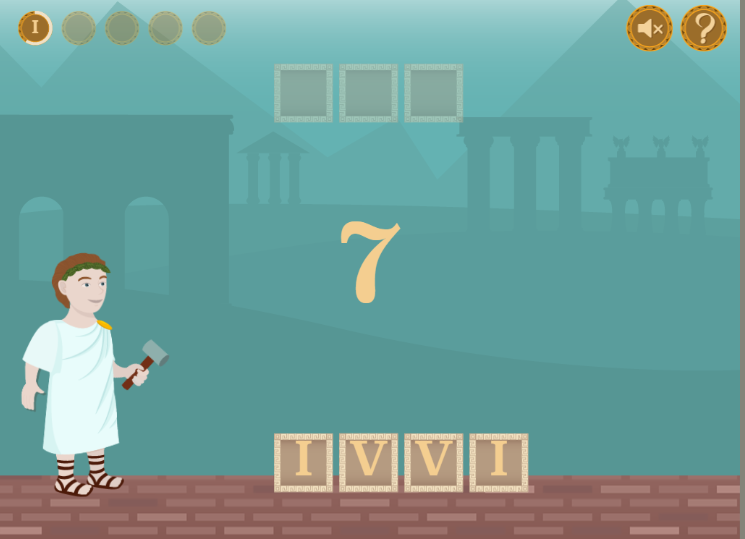 We are having the BEST day finding out all about the Ancient Greeks with a hands-on workshop led by Penelope and Andros. Penelope is trying to convince us that the city-state of Athens is the best place to live in the Ancient Greek world, whereas Andros is adament that Sparta is far better!

We've found out that while the city-states all have a couple of things in common (like their belief in the gods, or their language), they're actually very different places. Sparta was famous for its soldiers, whilst Athens led the way in developing democracy and studying.

Have a look at our photos to see the fabulous role-play and exploration we're doing!

Today year 1 spent the day learning how to draw and shade with Mrs McAffer.

The children learnt to use their hands to help them make sure that their pictures weren't to big or small. They also learnt how to shade light, medium and dark as well as how to make their teddy bear pictures look soft and furry.

Mrs McAffer was so impressed with the children's observation skills and can't wait to see them again next week !

This half term, Year 5 are writing their own labour for Heracles to complete, based on their own mythical creature. Today, we began to write our climax - where Heracles begins his battle with the monster, and for a moment, it looks like he is going to lose!

As you can see from the photo, Year 5 children were working extrememly hard! I can't wait to read our final stories, and share them with you all.

Today we had a Chinese workshop and we had some special visitors to teach us about Chinese dancing and plate painting. First we did our plate painting which was really fun and exciting! We designed beautiful, colourful dragons onto ceramic plates with oil paints. After our plate painting we went into the hall and learned a Dragon Dance. We learned how dragons move and put the movements into a dance alongside the chinese music. Afterwards we wore a Chinese dragon and did a parade!

Today we started learning about Chinese New Year. We found a dragon's head but he didn't have a body! We decided to make some dragon scales with Chinese writing on them and soon we will make the scales into a long, wiggly dragon body!

Today Year 4 learnt some moves from a traditional dance for our CC launch of The Tudors!

Congratulations to our first Behaviour Stars of the Spring term:

Well done on a great effort in class

Welcome to a new decade. 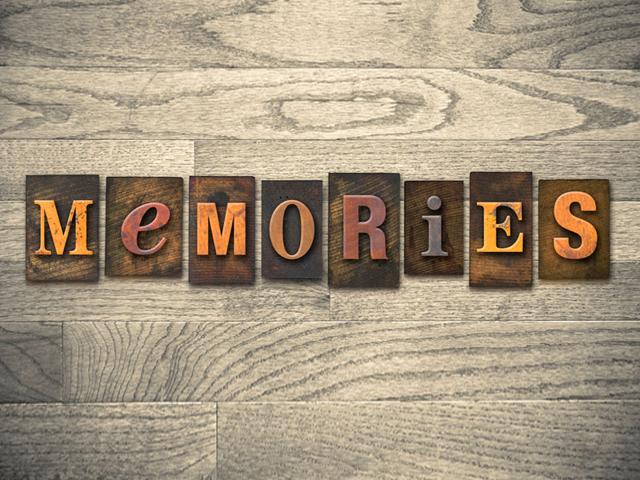 This year we are going to be making lots of memories. Every week each class will add a memory to the memories box and at the end of the year we will have a look back at them.

Jensen for outstanding concentration and work ethic in Reading,

Liam for an outstanding first draft newspaper report in English,

Michael for outstanding work on shape in Maths.

The Tudor lower classes were not in the position to hear the new royal court music or learn the intricate steps of the Tudor Court dances practised by the rich. The lower class dances revolved around country dancing which was danced by couples in round, square or rectangular sets in much simpler and repetitive forms than those of the royal court dance. For our launch, we learned the ‘Gathering Peascods’ dance. 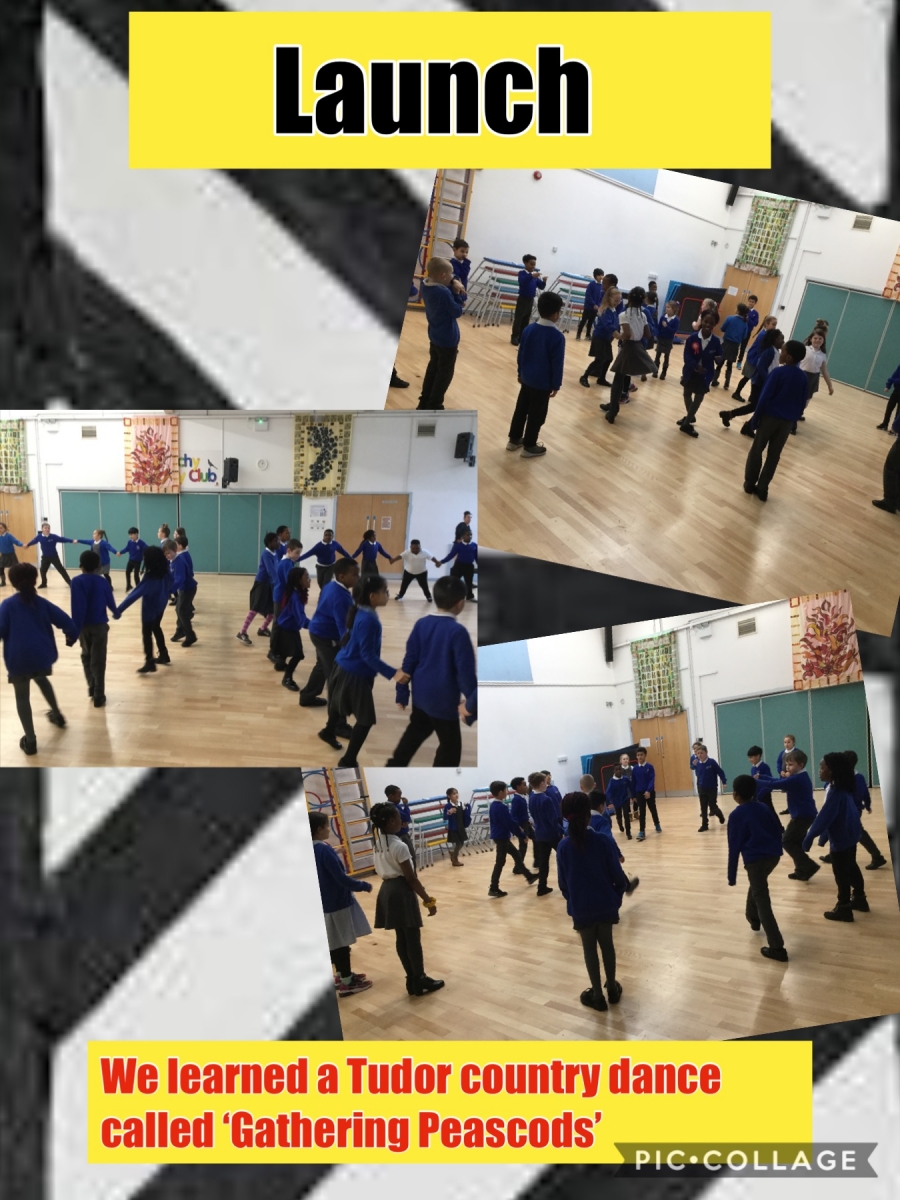 As part of the topic work toys old and new the children have been reading the book 'The magical toybox'. The story is about toys that come to life. The children have enjoyed finding out about what the toys get up to when Lucy the little girl goes to sleep. 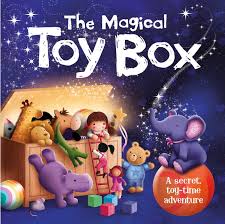 The children have enjoyed making the characters from the story in the creative area. They used collage paper, split pins and felt tips to create giraffes, hippos, teddy bears and lions. 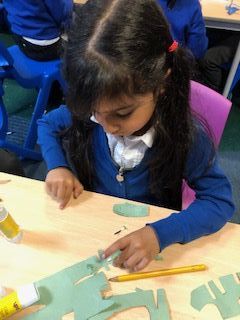 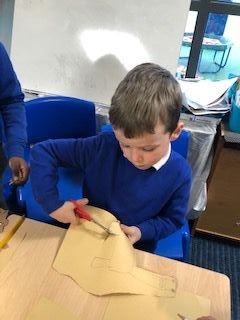 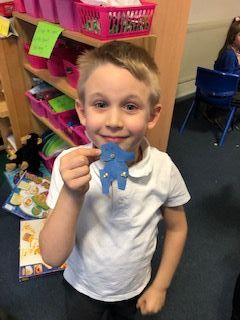 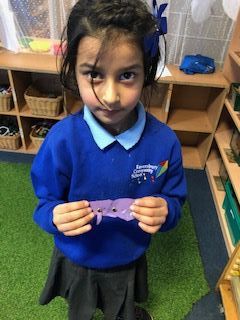 Can you think of any ways old and new toys are the same and different?

This term we are learning all about old and new toys.

On Friday we all brought our favourite toys into school. We had lots of fun sharing our toys with each other and playing different games. We loved playing board games like snakes and ladders and learnt how to play guess who. William in Miss Rileys class was a great bingo caller and we played a whole class game of bingo!

In the afternoon we were very lucky and had a special visitor who showed us some old toys and taught us how to play with them. We loved learning about the old toys, especially 'jacks' and 'shut the box'. 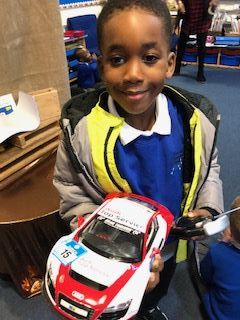 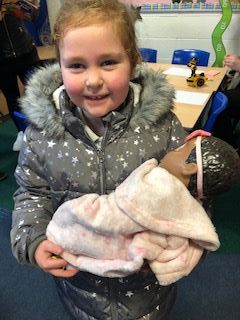 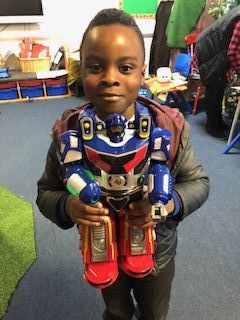 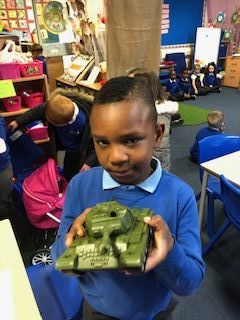 This half term the children are going to be learning about toys old and new. To launch the topic the children were asked to bring in their favourite toys. Have a look aat some of the toys they decided to bring in.

Have a look at the amazing Science & IT work 5HW have been doing. We designed a poster using PicCollage to help us remember the different stages of a human's life.

Have a look at our 'life cycles' below!

Some bears appeared! Then a letter, then lots of objects. Some were big, some were middle sized and some were little. Can you guess who we are learning about? Look at the last picture if you haven't worked it out yet.

Over the last term at school we have been learning how to be more independent. We are remembering to do things for ourselves but sometimes need a little bit of help. It makes us feel proud when we are independent.

So our grown ups know what we can do for ourselves, we told them about a story book we have read. It's called 'I Can Do It!''. EVERYONE GOT A BOOK TO TAKE HOME TOO! (We also gave our grown-ups a leaflet with pictures in it that we can use at home.)

When we have learned a new skill we sing a special song ' I can do it, hip hooray'. Sometimes we sing, 'I need to practice every day.'

Learning takes time. It's fun to be more independent.

Our Christmas party was so much fun! We played pass the parcel, musical statues (look at the cool dude prizes won by the children haha) and ate the food that our grown-ups brought in. After a busy day that was full of fun, we turned the lights out and watched a movie - The Snowman. This made us feel calm, ready to go home after the best day ever.

It was a lovely day and we looked super smart in our party clothes.

To create a beautiful crown we counted out and then glued 3 jewels on to the card. To make the fringe we used our fine motor skills to snip, snip, snip.

We went to see the real Santa! He has reindeer and elves and he gave us a present. We really enjoyed our trip, so much so some of the children fell asleep on the way home - this made our teachers laugh.

Books help us learn so many things...

We use maths stories to help us understand how to use maths in the real world . There is so much to learn when you're putting up your Christmas tree!

We have been designing our own Nursery Rhyme Land pictures by thinking about what lines to draw. We chose what we wanted to draw to create these magical backgrounds for our characters to walk through. We're so proud of how much we are learning in Nursery!