The Great Wall Of China

We had a go at building the Great Wall Of China ourselves. Luckily it didn’t take us over 1000 years and wasn’t a punishment, it was actually quite fun!

We are learning how to write a recount in our English lessons. Our recount is to tell people all about what we did during our Chinese workshop. We looked at a WAGOLL - what a good one looks like and decided together what our steps to success would be.

We said that we would need:

I can't wait to read them!

On Tuesday 21st January 2020 we had two special visitors into school called Michaela and James. Michaela taught us how to do a dragon dance because we have been learning all about China and Chinese New Year.

I didn't actually know how to do a dragon dance but I do now! Tiwan

I enjoyed it because I really like to dance and it was a new style of dancing for me. Millie

I enjoyed it because I had fun. Neila

Then we went to a ceramic plate painting workshop with James. He taught us how to paint a plate with a dragon and it said Happy New Year on it!

I enjoyed it because we got to paint dragons and we painted a border around it. Payton

My favourite part was when we painted the body of the dragon. Mubaraq

I enjoyed it because we had to paint very neatly so you could still the dragon. Lacey

This week in year two we transformed into weather reporters!

First of all we compared the weather in the United Kingdom to the weather in China. It was similar because in both the U.K and China it is warmer in the South than it is the North. However in China, the weather can be very different in different parts of the country as it is such a large country. This was something different that we found out.

We watched a video of a weather report on the news. Then we used the green screen to turn into weather reporters ourselves, reporting on the weather conditions in China. It was so much fun. We were a little bit embarrassed at first but then we started to grow in confidence. Some of us used very fancy voices!

We acted out the story of the Great Race. We were all given an animal mask when we came into school.

We got into small groups and acted out what the animals were doing and saying to each other while the race was taking place.

We then performed to the rest of the class!

In our new story this term - 'The Great Race' - there was lots of vocabulary that we hadn't heard of before! To help us understand and remember these new words we acted out the vocabulary and had lots of fun!

On our first day back at school, we came in and Mrs English was putting hats on our heads and we didn't know why! We then each got given a different animal.

I was a rabbit - Zuzanna

I was a tiger - Annabelle

I was a goat - Talitha

I was a rat - Daniel

We looked at the front cover of our new story for this term. It was called 'The Great Race'. We predicted what the story would be about.

Then ... the fun part. We went outside and had our very own great race!! Even the teachers took part.

It was fabulous - Rahman

I won the race! - Keyina

We then came back into class and read the rest of the Great Race story. It talks about how the animals were selected for each year of the calendar.

For our end of topic experience, we put on an art exhibition for our grown ups.

We used card and a template to make a Tudor house in the style of houses during the Great Fire of London.

Then we used oil pastels to create the night sky.

Our display looks fabulous - come and have a look at it in the Key Stage One shared area!

Vlad and the Great Fire of London

We made our own puppets for the story of Vlad and the Great Fire of London.

Mine was called Daisy - Faith

Mine was called Monkey Cat - Aaron

Mine was called Stella - Harrison

Mine was called Snowflake - Maisy

Mine was called Lifer - Lacey

Mine was called Rosie - Kendra

We performed the story of Vlad and the Great Fire of London with our puppets.

Have you read the story? If not, ask one of the children from 2CC to tell you what happens. It's a brilliant story based on something that really happened!

Yesterday we thought about what it would be like to be in London when the great fire was happening.

We acted out how we thought people would be responding during the time of the fire.

Talitha - I was feeling sad because six people died.

Tiwan - I was feeling upset because people were homeless.

Noah - I was sad because the city was burning down.

Aaron - we were running to get buckets of water to try and stop the fire.

Lacey - we got some gunpowder to try and make a firebreak!

Rahman - we made a firebreak to try and stop the fire from spreading.

Annabelle - a firebreak is a gap between the houses to try and stop the fire.

Millie - we pulled down houses using a firehook.

Payton - a fire hook is a big pole that was used to pull down houses.

This week we are learning all about Samuel Pepys and why he is an important person to remember when we are thinking about the Great Fire of London.

We are going to write our own diary entries, imagining that we were there. We will need to think about what we could see, smell, touch, taste and hear and also describe how we would be feeling. To do this we are going to be doing some role play!

Here are some examples of a diary entry we have written so far ...

Wake up! Wake up! Dad shook me awake in my bed. He had some terrifying news! London is on fire and 300 houses have already burned down. We raced out of the house into the street because the fire was spreading to our house.

One dark night my mum woke me up in my bed. She said that London is on fire and we need to leave our house! We raced to the bakery so the baker could explain what happened. The baker explained that he had started the fire. My mum was crying because she was so worried!

What a fabulous start to our diary writing! I cannot wait to read some more!

Keep up the hard work everybody

This week in our English lessons we have been learning how to write a glossary using Great Fire of London terminology.

Do you know what a fire hook is and what it was used for during the Great Fire of London? Or what a monument is and why it was built? If not then be sure to visit our classroom to read all about it!

Today we had a wonderful science morning with Mrs Ranyard (Y6) who was very impressed with our scientific knowledge and understanding of how plants grow. We spent some time outside observing lots of the different plants, flowers and trees that grow in our playground. We had lots of fun observing and sketching leaves and flowers as well as naming and measuring the plants we found. WE ARE SUPER SCENTISTS!

Click on the images and video below to see what we got up to!

Children have five spellings to learn for each week of this half term. Please take time each week to help your child learn their spellings. The impact of learning their spellings can be seen in their reading and writing throughout the curriculum and is so important.

Children will still be tested each Monday on the spellings listed for that week by writing them in dictated sentences.

We appreciate your help with their learning.

Welcome back to school!

Keep working hard on these spellings every week. Tests will be on Monday.

All your hard work at home really makes a big difference! 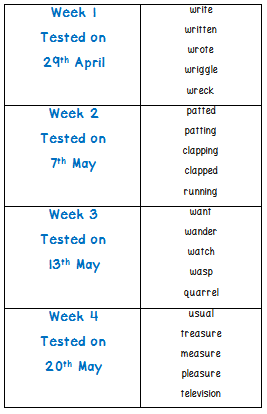 Children in Year 2 have been celebrating Chinese New Year with some really fun activities. 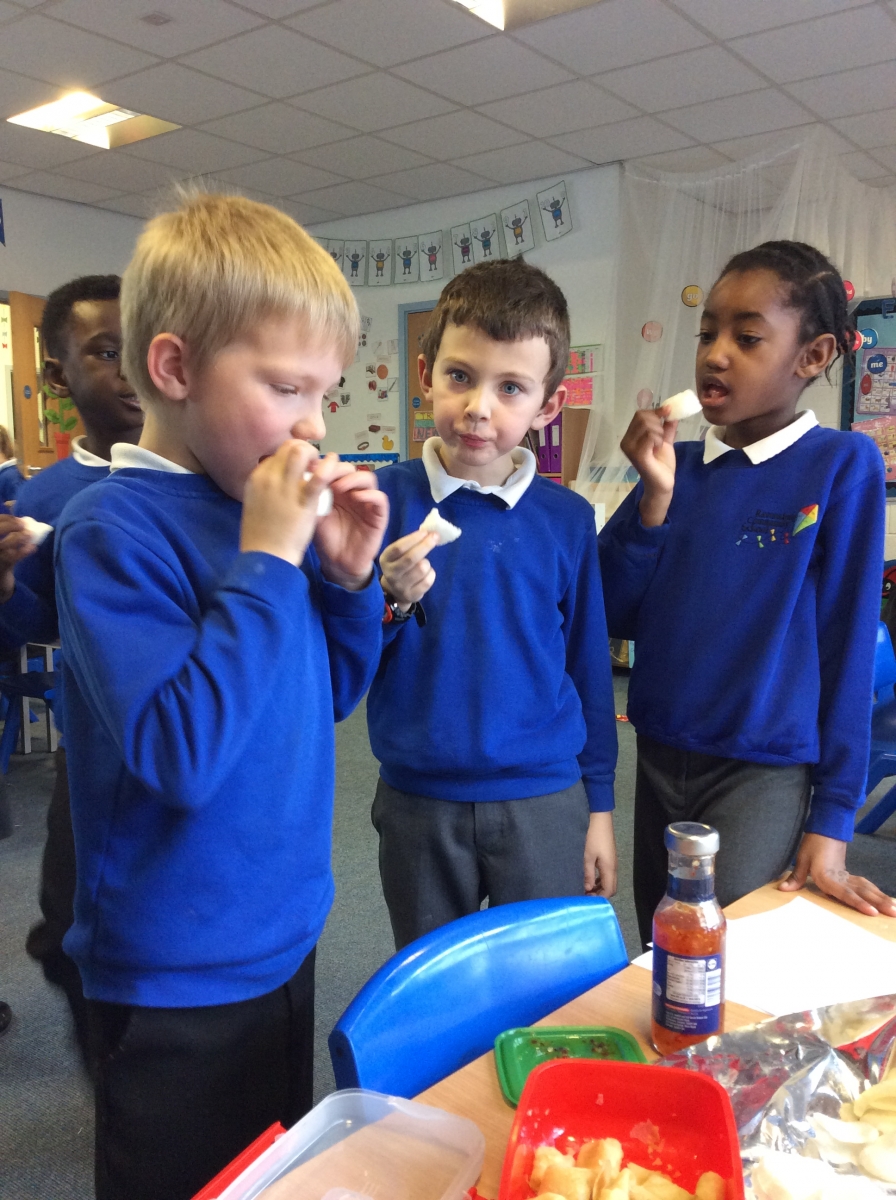 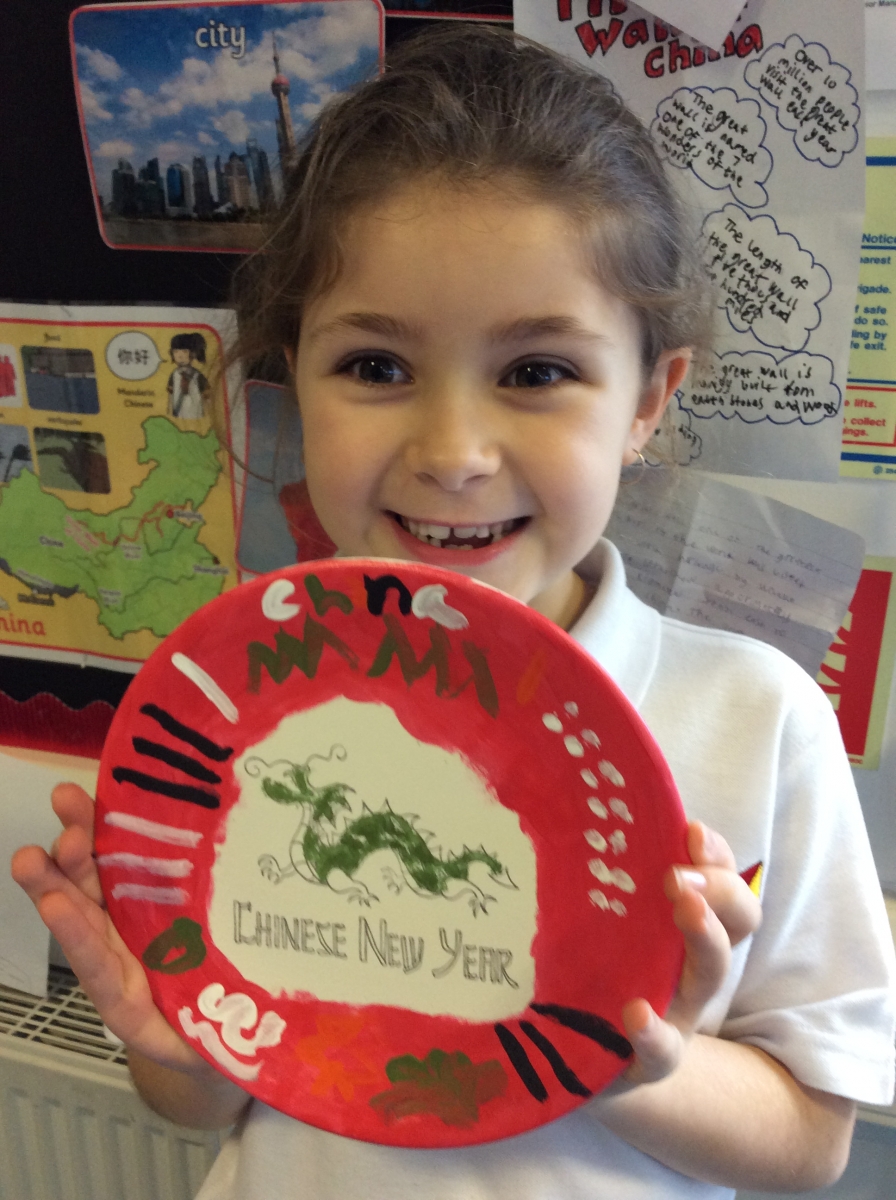 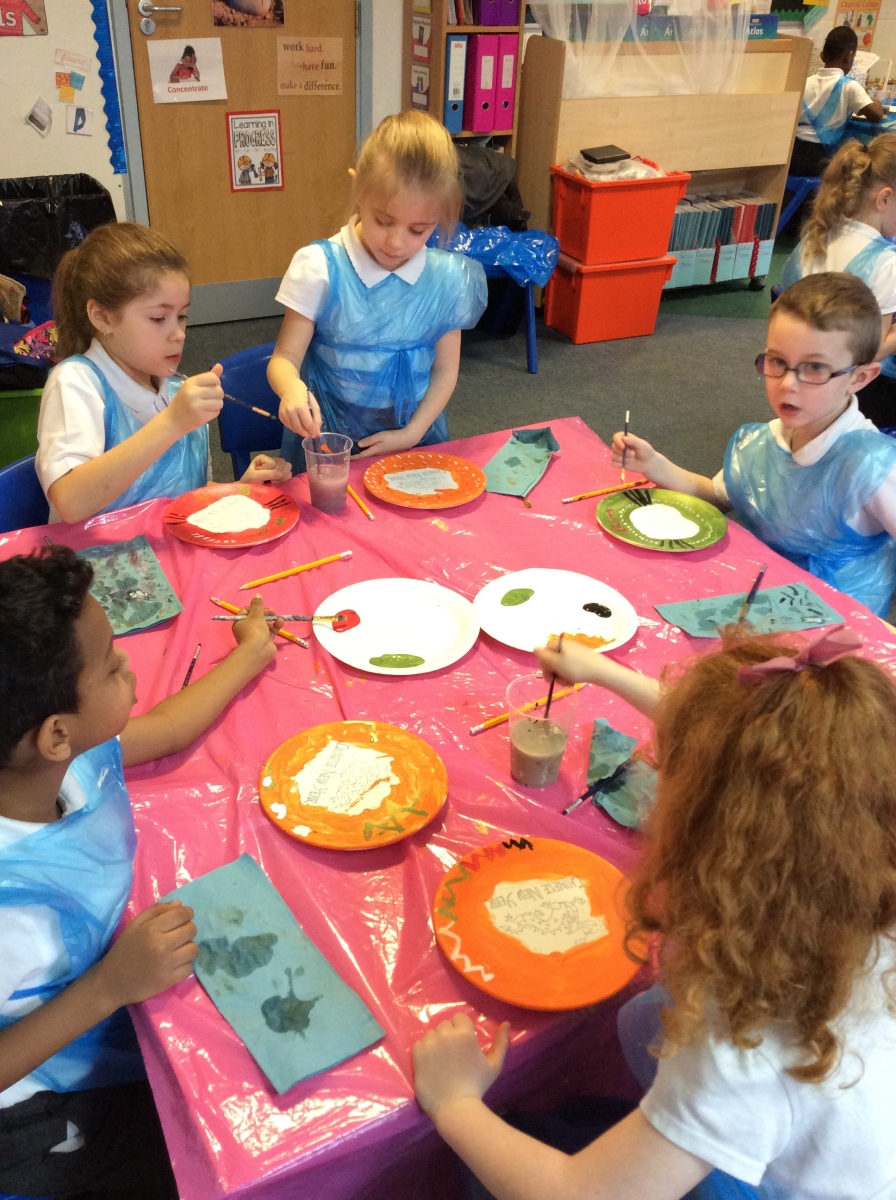 Remember to look after your Spring 1 spelling lists that came home yesterday.

Spelling tests will be every Monday with prizes for those getting 100%. 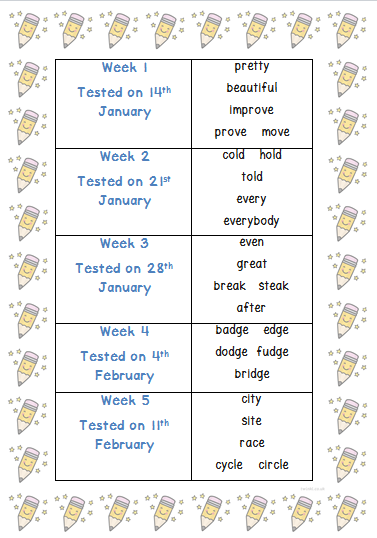 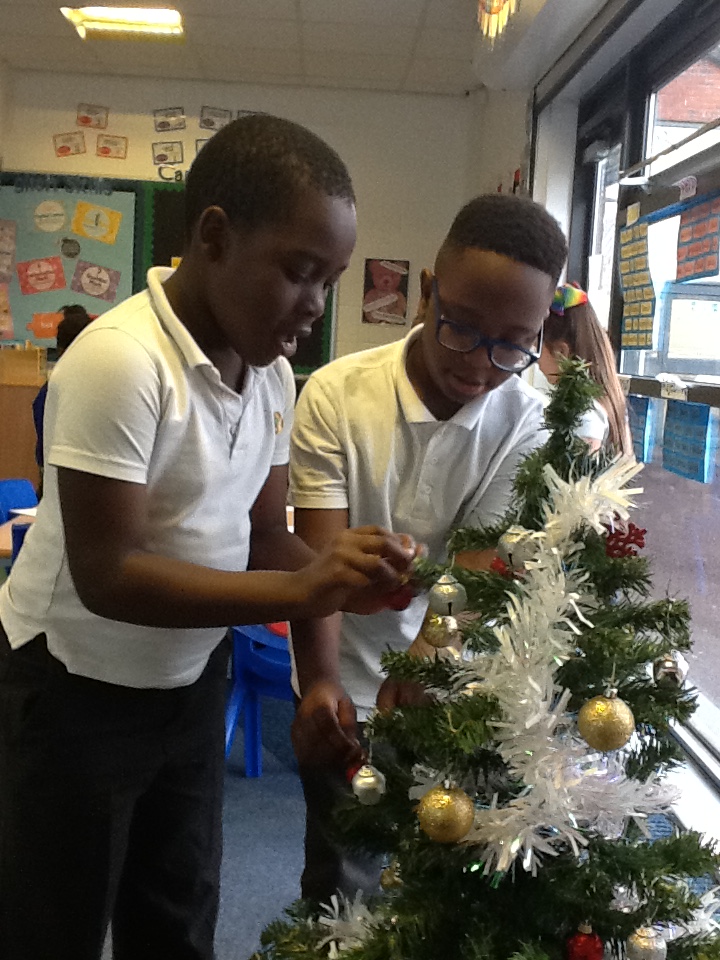 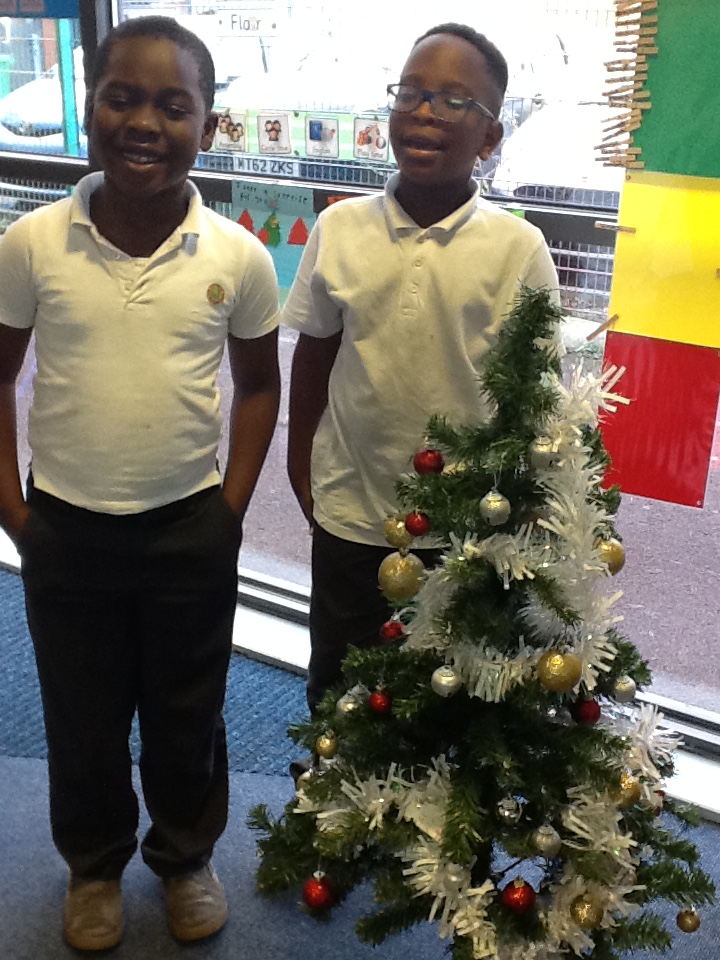 The boys were chosen by our Elf Sensi to decorte the tree. They worked really hard and it looks great!

We had so much fun last week electing our new school council representative. The children made campaign posters, made speeches and answered questions from the voters. We enjoyed taking part and were so proud of our new representative. 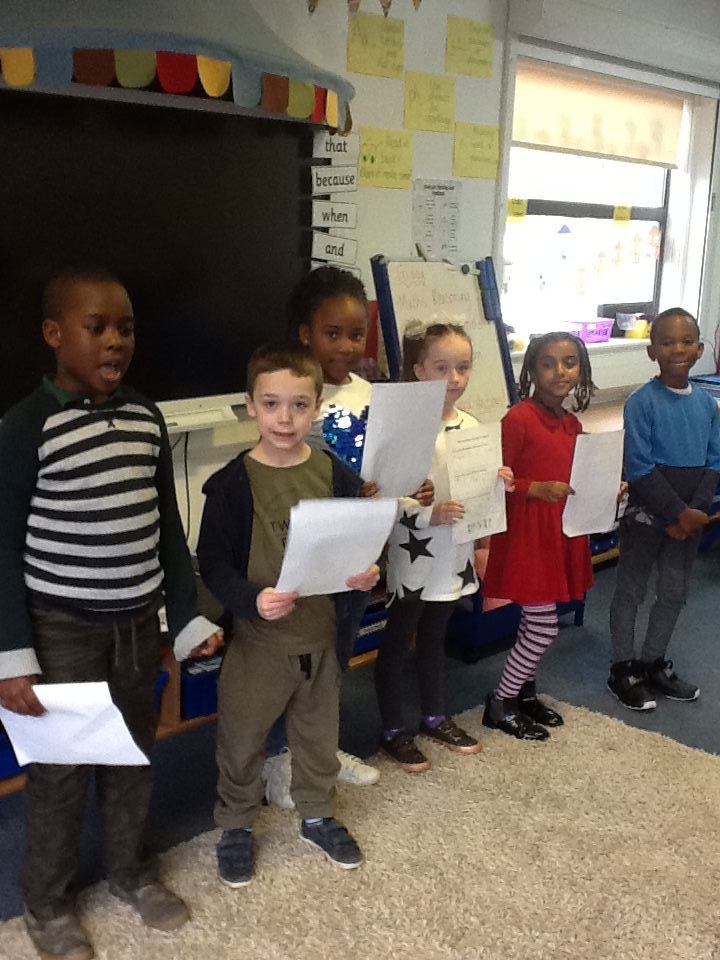 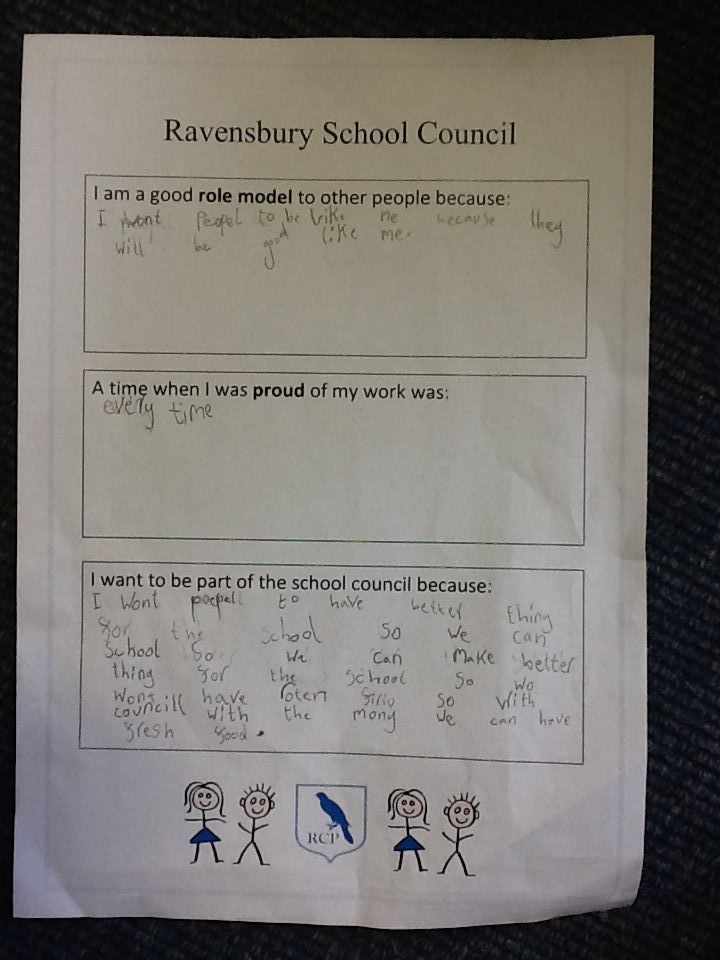 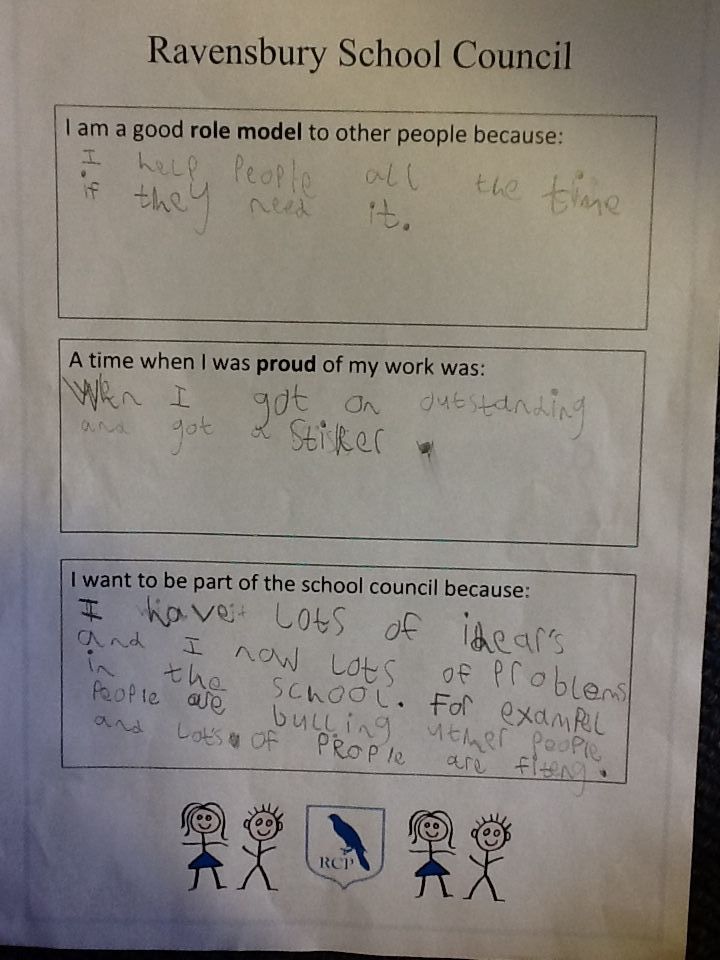 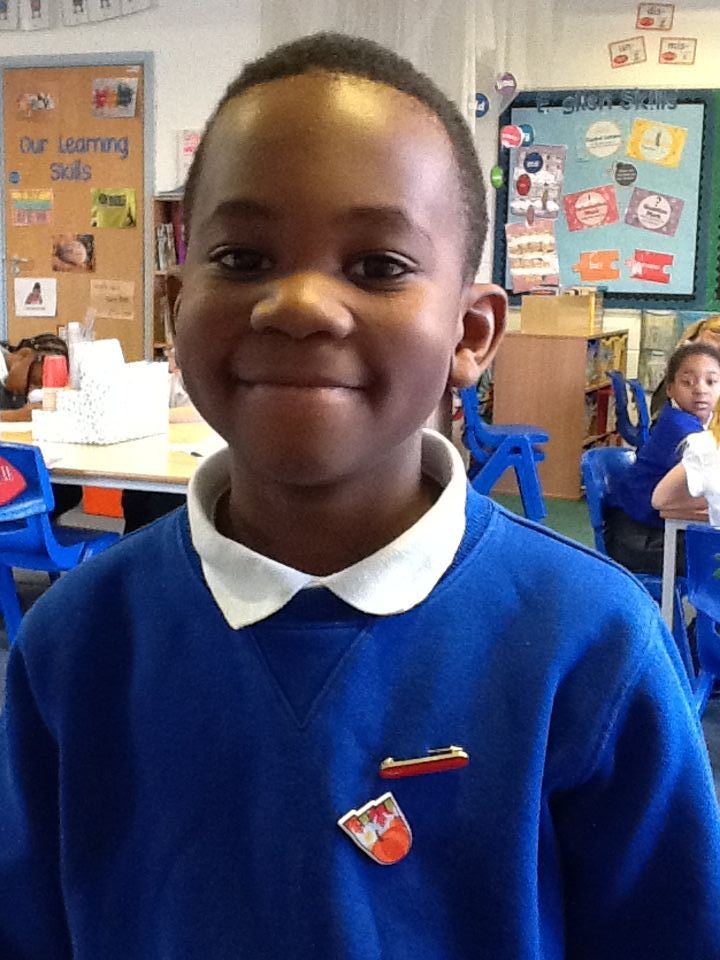 As part of our school improvement goals to improve spelling at Ravensbury we will be using a new spelling programme called No Nonsense Spelling.

Spelling lists will be sent home at the beginning of each half term. Please practice the five spellings for each week with your child at home using a range of strategies.

Children will still be tested each Monday on the spellings listed for that week.

Why Can't we Just Eat Chocolate?

We asked 'Why Can't we Just Eat Chocolate?' to help the children in Year 2 learn about taking care of their bodies. 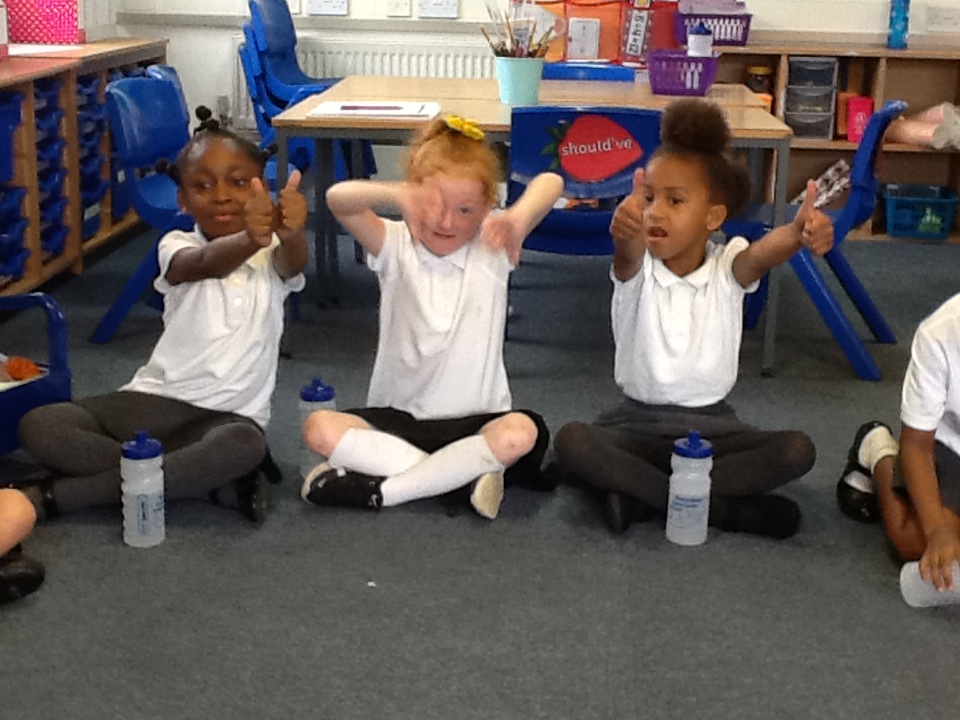 We launhced our topic with chocolate tasting and learning where chocolate came from. 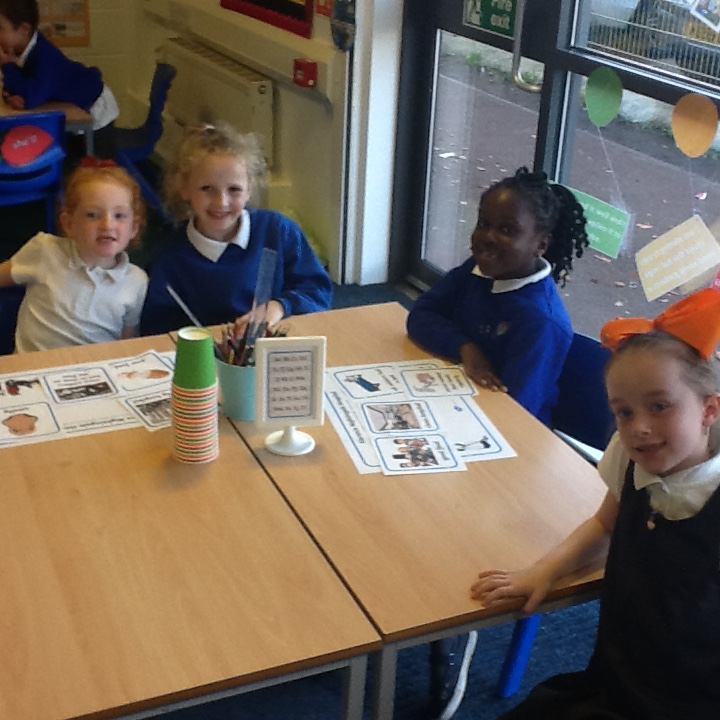 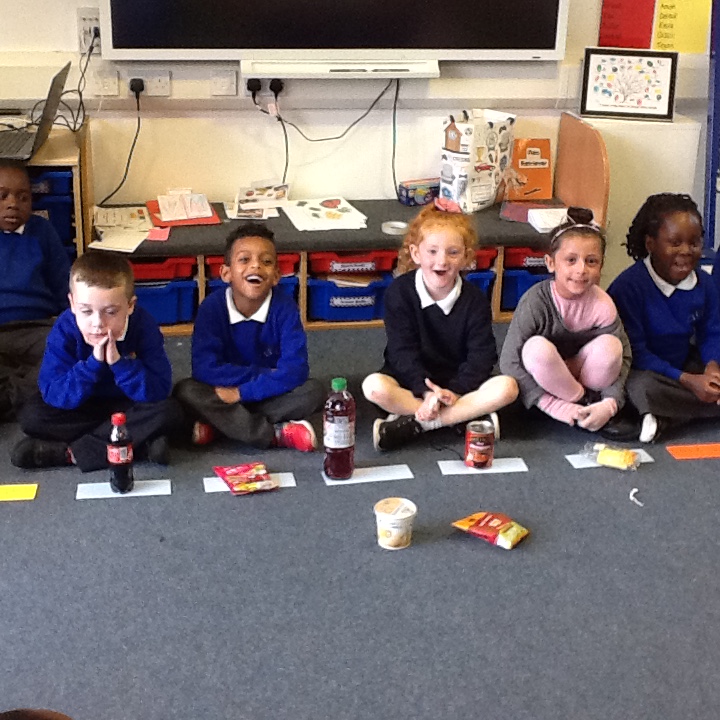 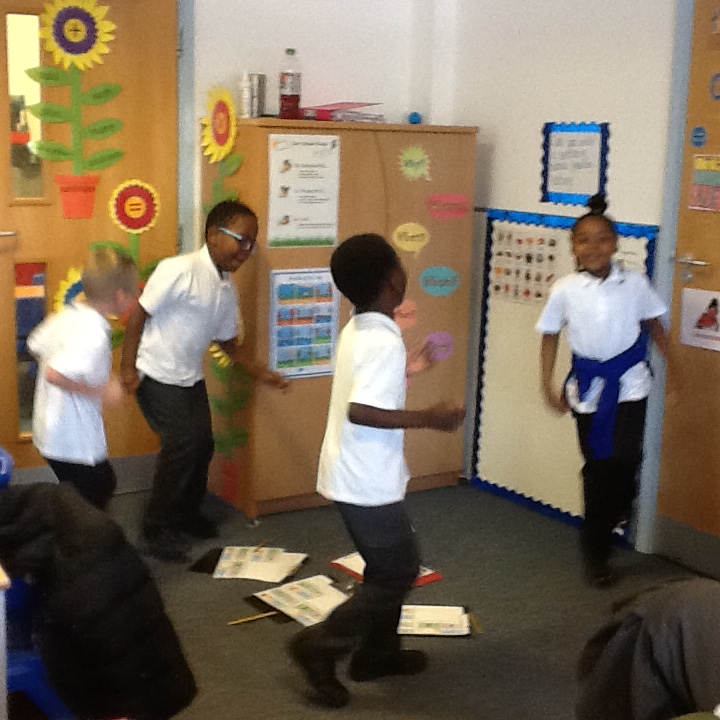 The children learned about what to eat and comapred the sugar in popular foods. They experimented with exercise and learned about the impact on our bodies. They even made their own fitness videos! 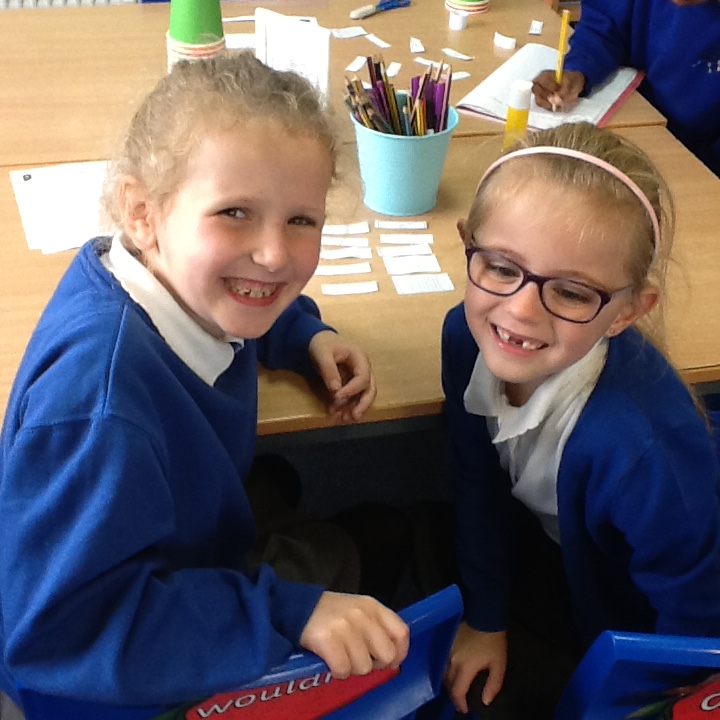 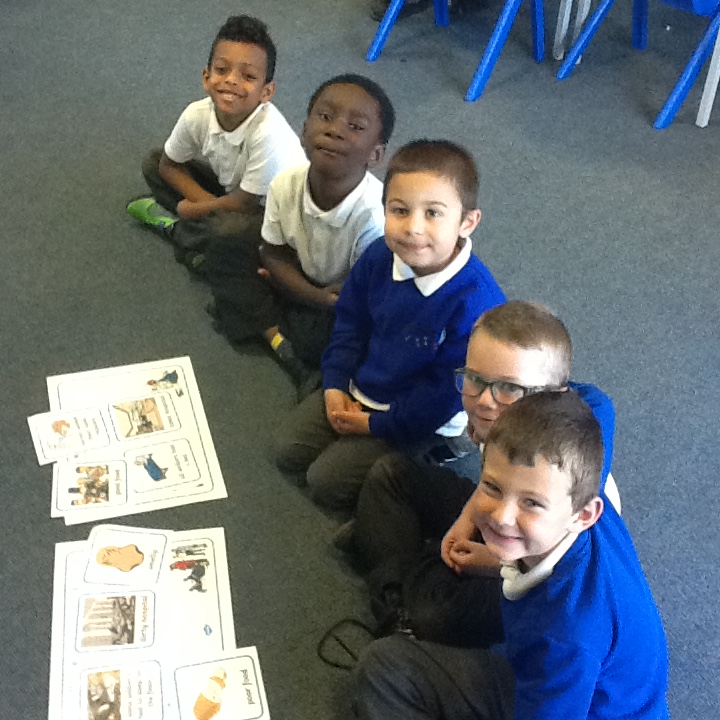 The children learned about keeping themselves rested and clean as part of a healthy lifestyle. We went back in time to learn how Florence Nightingale changed hospitals.

We baked bread to launch our Great Fire of London topic.

We asked 'What Happened in Pudding Lane?' and the children learned that a fire in a bakery started the Great Fire of London. 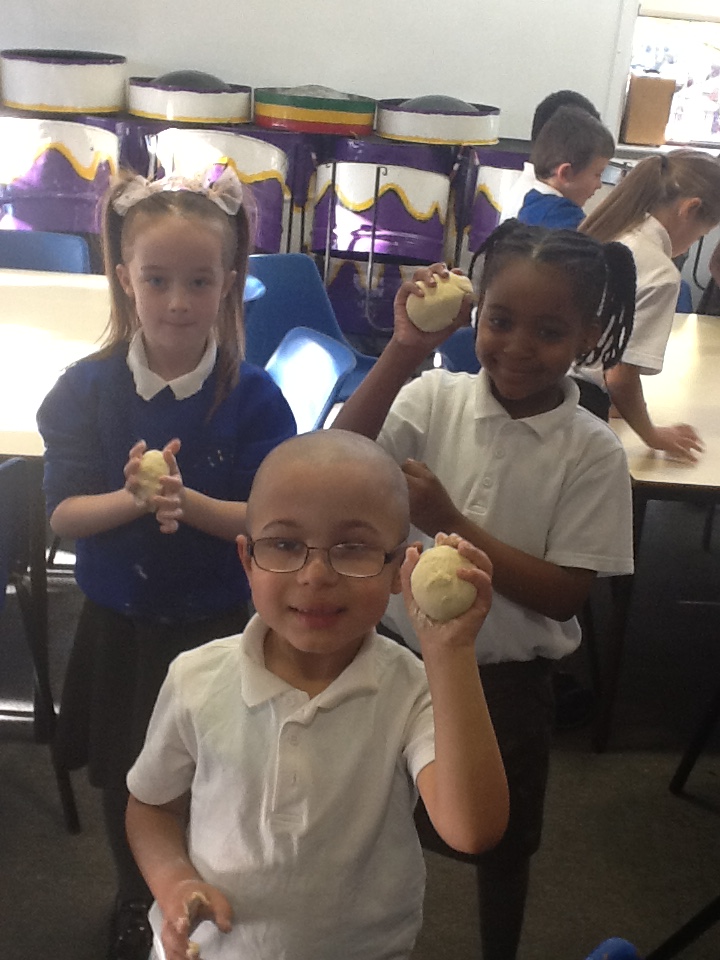 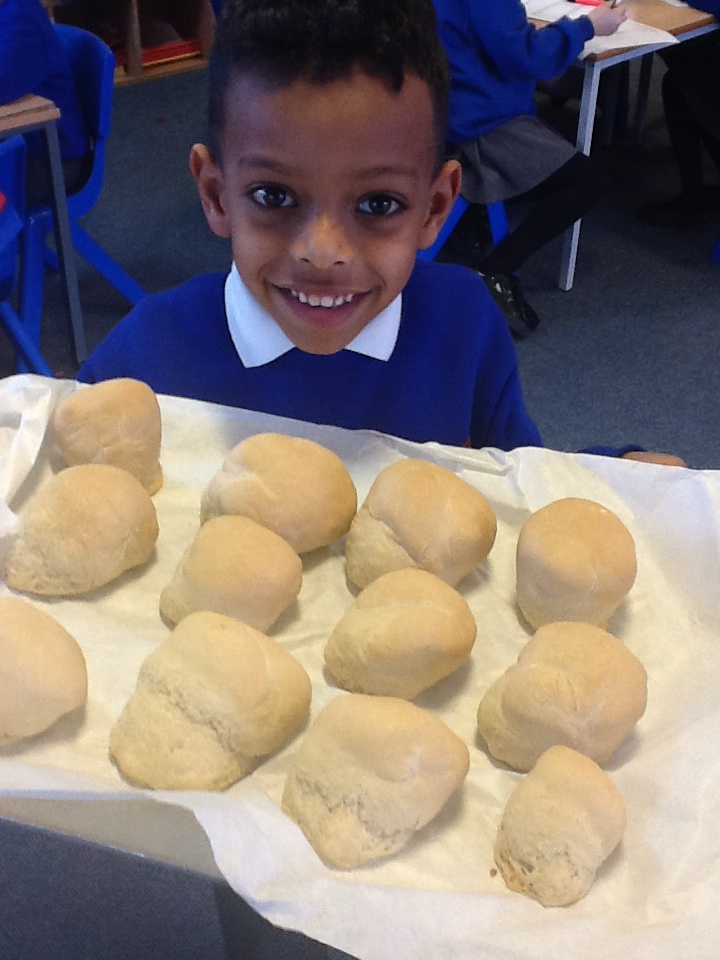 In Year 2 we used our scientific enquiry skills to predict what would happen when we used food coloring in milk to make dancing fireworks. We investigated the impact of the amount of washing up liquid to really get things moving.

In Year 2 we used our scientific enquiry skills to predict what would happen when we used food coloring in milk to make dancing fireworks. We investigated the impact of the amount of washing up liquid to really get things moving.

The children wrote a hypothesis and then wrote and drew the outcome of their investigation.

Today we have been really lucky as we met Naomi Otbega, who is a triple jumper for team GB. First we went to a special assembly where she told us all about competing in different countries. Some of us even got to hold her European Bronze medal!

Naomi told us that in order for her to be so successful she has to train extremely hard, but its just as important to believe in yourself and never give up.

Later we went outside where Naomi taught us the long jump technique. We practiced hop,step and jump. We competed in two teams (Rabbits vs Kangaroos) and the winners were…IT WAS A DRAW!

Naomi really inspired us to dream big and now lots of us want to be in team GB too!